Physical fitness begets neurofitness. It may be tempting to separate the two, but in truth, they are inexorably linked to your optimized thinking and functioning. We may not be able to specifically train the brain, but by training our bodies in specific ways, we can effect the changes that we want. The first step to physical fitness is to work up a sweat on a regular basis. Of note, this should be aerobic exercise that gets your blood pumping and your heart rate up. This also increases the blood flow to your brain, kicks off a host of metabolic and hormonal changes, and energizes you. It’s been shown that aerobic exercise can increase the size of parts of our brains responsible for higher cognitive functions and memory, and even fight cognitive decline and brain diseases. The brain is a hungry, hungry organ, so we should make sure the systems that feed it are optimized and healthy.

Questions or comments regarding the podcast? Email the show at Podcast@NewtonMG.com or let us know what you think at http://bit.ly/hollinscomment

Neurofitness When you break your leg, you go to the doctor. When you experience depression, you go to the psychiatrist or psychologist (maybe). And when you’re having an existential crisis, you might even consult a spiritual teacher or life coach. Though we like to divide ourselves up into “body, mind and spirit,” the truth is that human beings are complex wholes, and “mental health” is not different from “physical health” or “even “spiritual health.” It’s all just health in the end.

It’s obvious when you think about it: there is no mind without a brain, and your brain is as much a physical part of you as your legs or spleen or immune system. It doesn’t matter how high-minded your ideals, how strong your will, how lofty your dreams—if your physical being is compromised, then you can never reach your highest cognitive or intellectual potential. Although it might seem counterintuitive, one of the best ways to boost not just mental health but your brain’s ability to do what it does best (think!) is to take care of your entire organism—and that includes your physical body. Take care of your physical fitness and your brain inevitably benefits, and vice versa: build a strong, healthy brain, and it will in turn help you maintain your physical health.

This might seem an obvious point to some, but for others, we’re dedicated to all systems working hard, pushing the boundaries, and burning the midnight oil.

This simply won’t work because we’re not steel and oil machines that can be pushed in that manner. In this chapter, we’ll talk about just how to prepare the body so that the mind can follow. The way we can increase our neurofitness actually has little to do with activities involving the brain; rather, it’s about actions that will benefit the brain as a side effect. You will notice this theme throughout the book as well.

It’s a point that bears repeating: as we understand our physiology and neurology better and better, it becomes clear that the brain adapts up or down to our daily tasks and lifestyle (and not to supposed brain training programs that purport to increase your intelligence).

So how can we make sure it is adapting in a way that we want?

Physical fitness can often be defined by how active you are, or how much exercise you engage in. And to be honest, that’s not a bad metric to use. The vast majority of us could stand to exercise a little more than we currently are, even beyond the purposes of this book to boost our brain functioning.

Of course, it’s been shown that exercise assists with general cognitive functioning, including memory. But sometimes when we talk about the benefits of exercise, it becomes difficult to separate what helps the brain versus what supports a healthy lifestyle in general. These elements are too intertwined to bother separating, but for instance, the body reacts to exercise by improving insulin response, reducing inflammation, boosting flexibility, increasing bone density, and becoming more resistant to injury or illness.

Additionally, exercise makes you happier through the release of endorphins, it increases your self-esteem and confidence, and it even reduces the symptoms of stress and anxiety.

But you probably knew those benefits already. When you exercise, what exactly happens in the brain? One notable study was conducted at Radboud University in the Netherlands.

This study seems fairly conclusive in itself, but it’s just part of a larger body of literature that shows surprising effects that transfer from below the neck to above it, so to speak. In another study done at the University of British Columbia, researchers found that aerobic exercise, the kind that gets your heart and your sweat glands pumping, also appears to boost the size of the hippocampus. Of course, this is the brain area involved in memory and learning.

In another study, researchers concluded that even among people who did not meet the activity guidelines, each hour of light- intensity physical activity and achieving 7,500 steps or more daily was associated with higher total brain volume. This was equivalent to approximately 1.4 to 2.2 years less brain aging—or fighting the natural rate of brain mass attrition due to aging. It’s pretty important to note that resistance training, such as weight-lifting or balance training, did not have the same result. You need to get your sweat on and raise your heart rate to achieve these benefits.

Those who moved more scored better on the memory and thinking tests, and every increase in physical activity by one standard deviation was associated with a 31 percent lower risk of dementia, the researchers reported. The association between physical activity and cognitive function remained consistent even after the study authors accounted for the participants’ brain pathology and whether or not they had dementia, according to the study.

Even though elderly populations will greatly benefit from staving off cognitive decline, there are marked effects for everyone else below the age of sixty, and in fact, as young as twenty years old. These new studies come from Yaakov Stern and his colleagues at Columbia University, and they found exercise increased executive functions, which are generally thinking skills that we use in our everyday lives, including our ability to regulate our behavior, pay attention, organize, plan, and achieve goals. Stern also found exercise caused physical changes in the thickness of certain areas of the brain, similar to prior findings involving the hippocampus.

The participants were then randomized to undertake either an aerobic exercise training program over six months, or a six- month control program of stretching and core-strengthening exercises. Participants were all tested for cognitive parameters including executive function, processing speed, language, attention, and episodic memory, before the exercise programs were initiated, and then at twelve and twenty-four weeks. They also underwent MRI brain scans to identify any changes in brain structure.

By the end of the six-month intervention, individuals who did aerobic exercise increased their executive function test scores by 0.5 points, which was statistically significant when compared with the 0.25- point improvement shown by the stretching and toning group. At forty years of age, the improvement in thinking skills was 0.28 standard deviation units higher among those who did aerobic exercise, compared with those who did stretching and toning.

At age sixty, the difference was 0.596 standard deviation units higher, the researchers reported.

The researcher stated, “Since a difference of 0.5 standard deviations is equivalent to twenty years of age-related difference in performance on these tests, the people who exercised were testing as if they were about ten years younger at age forty and about twenty years younger at age sixty.” Interestingly, brain imaging at the start of the study and at week twenty-four suggested that aerobic exercise training was also associated with structural changes in particular regions of the brain: increased cortical thickness in the left caudal middle frontal area.

The message is clear and resounding, and really summed up in the title of this section: get sweating, get out of breath, and raise your heart rate to a point where you need to rest afterwards. Both directly and indirectly, you’re doing your brain good.

And we haven’t even mentioned BDNF yet.

Next Episode All Episodes Previous Episode 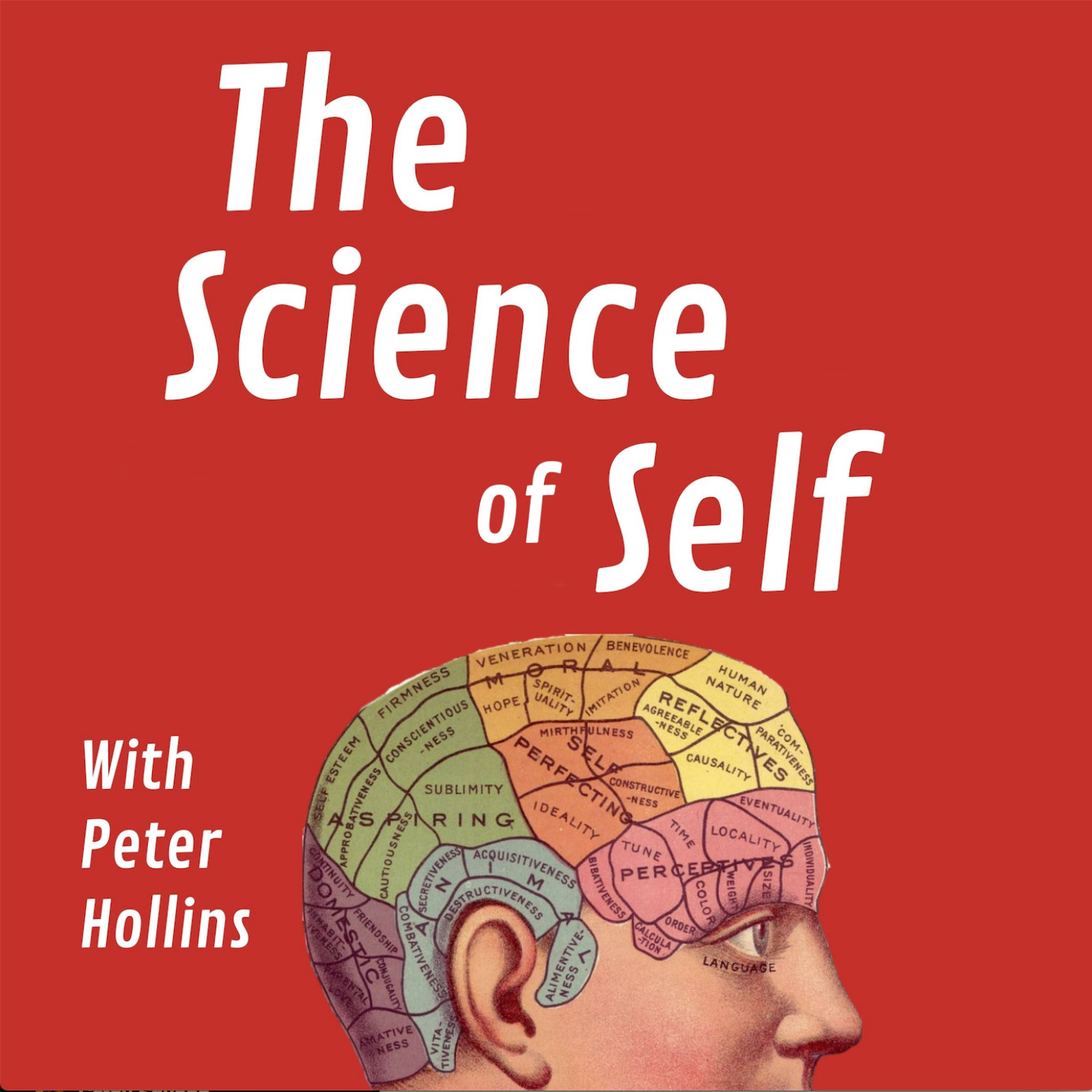 The Science of Self
Improve your life from the inside out.